The Islamic world – a journey through the Muslim history and culture

The Muslim world, one of the most important cultural areas ever, is not only located geographically next to Europe (or for a long time with Spain, Sicily and the Balkan region also in Europe) but also cultural-historical wise closely connected with Europe. Today Muslims are an integrated part of our everyday life in Europe.To become aware of the importance of Muslim cultures, one has to keep in mind that this is a region of great extent and diversity. Socially Muslim-influenced societies were multi-ethnic and multi-confessional (in practice all Christian confessions, Jews, Parses, Buddhists and Hindus lived in Muslim countries over the centuries). Geographically, the Islamic world stretched from Spain to Southeast Asia; in terms of time from late antiquity to modernity. 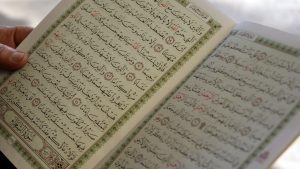 We at the publishing house Müller and Schindler, see us as cultural ambassadors with the aim to open the exchange between the occidental and the oriental world. Fascinated by the magnificent and precious Islamic manuscripts, which show the artistry of calligraphers and book illuminators from more than ten centuries and from different cultural backgrounds, we are pleased to provide a small insight into the history of Islam as well as into the Islamic book art, with the idea to contribute to a better understanding of Muslim cultural history.

With over 1.8 billion followers and about a quarter of the world population the Islam is the second largest world religion after Christianity (around 31%). The beginning of Islam, as in most religions, is traced to a particular person. For Christians, Jesus of Nazareth is the chosen divine Messiah. In Islam Mohammed ibn Abd Allah (570-632 AD), living in Mecca and Medina, received consistently messages from God throughout his life. These revelations – the so-called suras – are collected in the Quran (from the Arabic: القرآنal-Qur’ān). In total, the Quran consists of 114 suras. 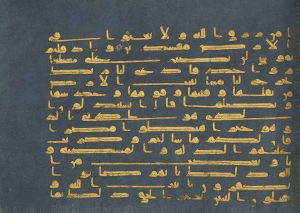 The five pillars of Islam

The most important rules for a Muslim are the five pillars of Islam. To follow them is a matter of course for every devout Muslim. They are composed of the public declaration of faith (Shahada, Arabic: الشهادة– „certificate, attestation“), the daily ritual prayer (Salah, Arabic: صلاة– „prayer“), the social contribution (Zakāt, Arabic: زكاة– „purity, sincerity, charity“), fasting during Ramadan (Sawm, Arabic: صوم– „fasting“) and the pilgrimage to Mecca (Hajj, Arabic: حج).

According to tradition the Archangel Gabriel appeared to Mohammed (also: Muhammad), who carried out the profession of caravan leader and merchant, at the age of 40 years in a cave on Hira Mountain. He instructed him to be Allah’s Messenger and to recite the divine revelation. He quickly found supporters in Mecca and taught that there could only be one God and not several, as it was customary in Mecca until then. 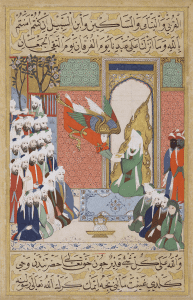 In 630 AD, the Prophet Mohammed returned to his hometown. His great military success in conquering Mecca became known far beyond the borders and helped disseminating his teachings. Until his death (632 AD), Islam was recognized almost everywhere on the Arabian Peninsula.

Mohammed’s death marked the end of the prophets’ line and the beginning of a critical debate on the question of his succession, which led to the emergence of two major faiths in Islam: the Sunnis and the Shiites. 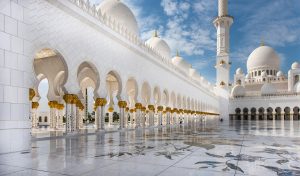 The Shiites believe that Mohammed’s cousin and son-in-law Ali, married to Fatima, would have been the rightful successor, as the Prophet’s inheritance could only be entrusted to one member of his own family. Instead, a close advisor to the Prophet was chosen – Abu Bakr.

The Sunnis at that time accepted the successor and called him caliph. The respective Caliph – theoretically chosen by the community – was from now on the deputy or successor of the Prophet. In 1924, the caliphate was abolished, and since then Sunnis have no commonly recognized religious authority any more.

In contrast to the Shiites the Imam plays an important role. He is the spiritual leader of the community and the undisputed religious authority responsible for the interpretation of the Quran, and therefore he enjoys a great secular power. As it was the Prophet’s privilege to appoint a successor, it was also the absolute prerogative of each succeeding Imam to choose his successor from among his male descendants. Thus, according to Shiite doctrine, the Imamat continues through the descent from the Prophet to Ali and Fatima. 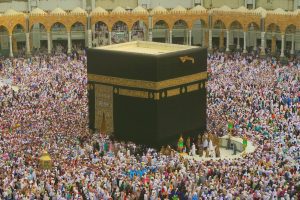 The Sunnis, who believe in the Sunnah, make up with about 90% the majority of Muslims worldwide. The Sunnah (Arabic سنة– ”habit, usual practice, acceptable norms”) is the entirety of the traditional sayings, behaviour and actions of the Prophet Mohammed as a guide of the Muslim way of life. Basically, the Shiites, the followers of the Shia (Arabic الشيعة– „followers, faction, party”), do the same. According to Sunni Islam, they are among the second largest religious currents within Islam, accounting for about one-tenth of Muslims. In Iran, for example, the Shia is the state religion and in Iraq the Shiites are the majority. In Afghanistan and Syria they also form a large group.

The Shiites have split into various groups, which differ in the number of descendants and are recognized as infallible followers of the Prophet Mohammed – the Imams:

The largest group, the Twelver (Imamiyyah), live mainly in Iran, Iraq and Lebanon and believe that there were 12 Imams. The last one has lived in secret for them since the ninth century and will reappear as the Redeemer and establish a kingdom of peace.

In addition, there are the Ismailis in Syria, Afghanistan, Pakistan and India and the Zaidis in Yemen. Another group are the Alevis, whose core areas are in Turkey and in the former Ottoman-dominated Balkan areas.

The word, spoken as well as written, plays a particularly important role in the Arab world. Therefore, the scripture is of great significance in the Islamic art. Often, ornaments are designed similar to writing and the font itself is part of the decoration and ornamentation. This is also related to the tendency to avoid pictorial representations.

The pictorial representation in Islam

The Quran itself does not expressly prohibit the prohibition of images, but some suras (5:90, 6:74 and 21:57-59 or 66-69), directed against polytheism and idols can be interpreted as such. Nevertheless, in Islam there is no question of an absolute prohibition of images, as shown by numerous examples in Islamic art. The miniature painting has been detectable since the Seljuk period (1040 – 1194) and one can clearly see the influences of Byzantine, Iranian and Buddhist painting. In addition, prestigious halls, palaces and baths in secular architecture without pictorial representations are just as unimaginable as in literature, for example in the fable “Kalila and Dimna” (Arabic: كليلةودمن„Kalīla wa Dimna“). 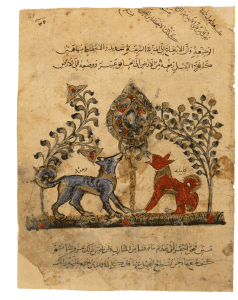 Medical and scientific manuscripts of the Arabic-Islamic cultural area also use the representation of living beings. Over time, Islamic miniature painting developed in various regional styles and depending on the client different spheres emerged, such as the painting schools at the ruling courts of the Ilchane, Timurides, Safavids, Ottomans and the Mughal emperors, or commercial book painting around the bazaar. The image gained more and more independence from the text and thus many single miniatures were created, which were summarized in scrapbooks.

Islamic images of the Prophet Mohammed

Since the portrayal of the Prophet Mohammed is valued differently in the Islamic cultural area, there are only rarely pictures of the Prophet. Mainly there are illustrations as book paintings in Persian and Ottoman manuscripts and only from the second half of the 13thcentury. In the beginning, the pictures often showed Mohammed’s face surrounded by a halo or a flaming aureole; later (from the 16thcentury) his face was hidden behind a veil or Mohammed was depicted only as a flame. 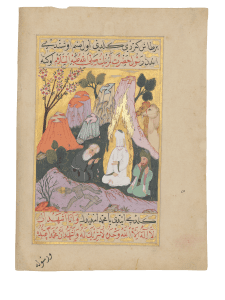 In general, books enjoy special appreciation in the Islamic world. The basis for this is that the divine revelations are transmitted to the faithful through the Quran. Accordingly, the calligrapher who performs the divine work of writing also enjoys special recognition over all the artists involved in making a manuscript. For this reason, Ali – the Prophet Mohammed’s son-in-law and fourth caliph – is also traditionally referred to as the first calligrapher.

In addition to the text illumination and the marginal paintings, the elaborate ornamentation of the leather book cover also developed. Unlike the European book, in most cases the Islamic cover consists not only of two lids and the spine of the book, but is also supplemented by the flap or tongue that protects the edge so that the book is completely covered. On the cover itself, one usually finds star ornaments and other geometric adornments, which were surrounded by a border of plaited band patterns or the like. These plaited band patterns and geometric adornments are also found in our fine art facsimiles, as well as on the cover of our strictly limited luxury cassette.

Blog entry „One talks about us: Positive feedback on our facsimile edition “Masterpieces of Islamic Book Illumination”