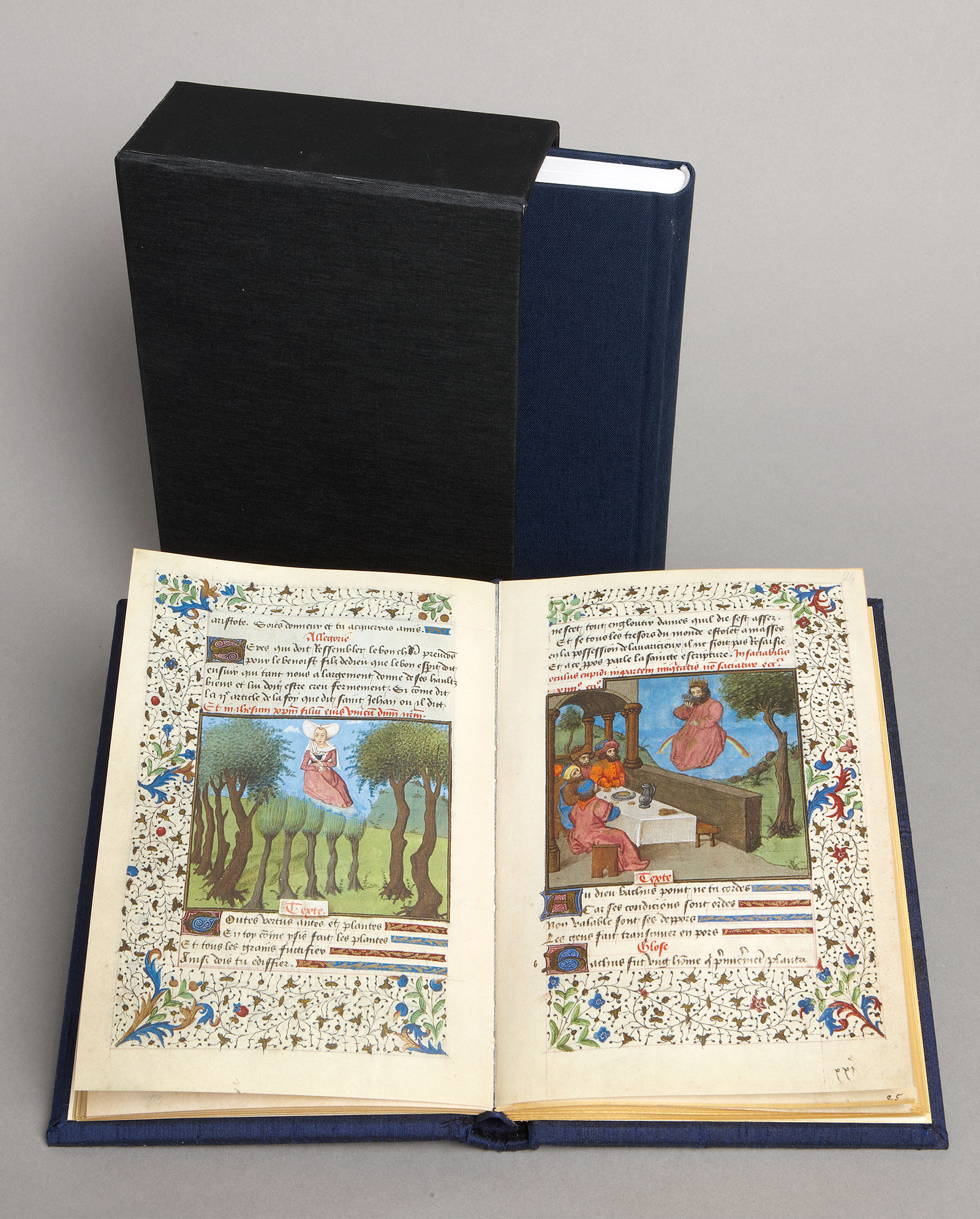 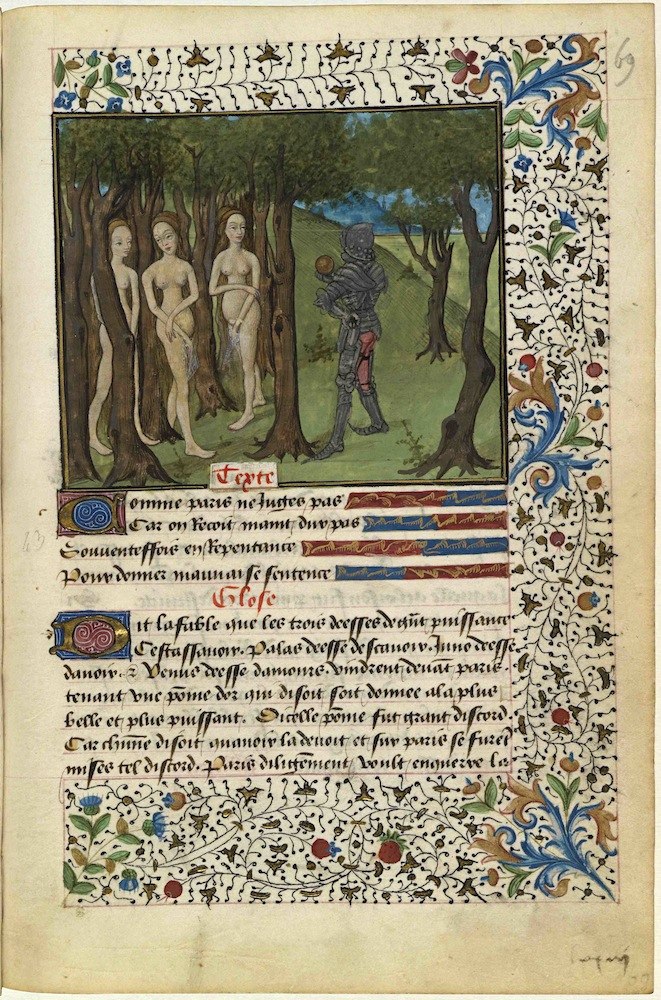 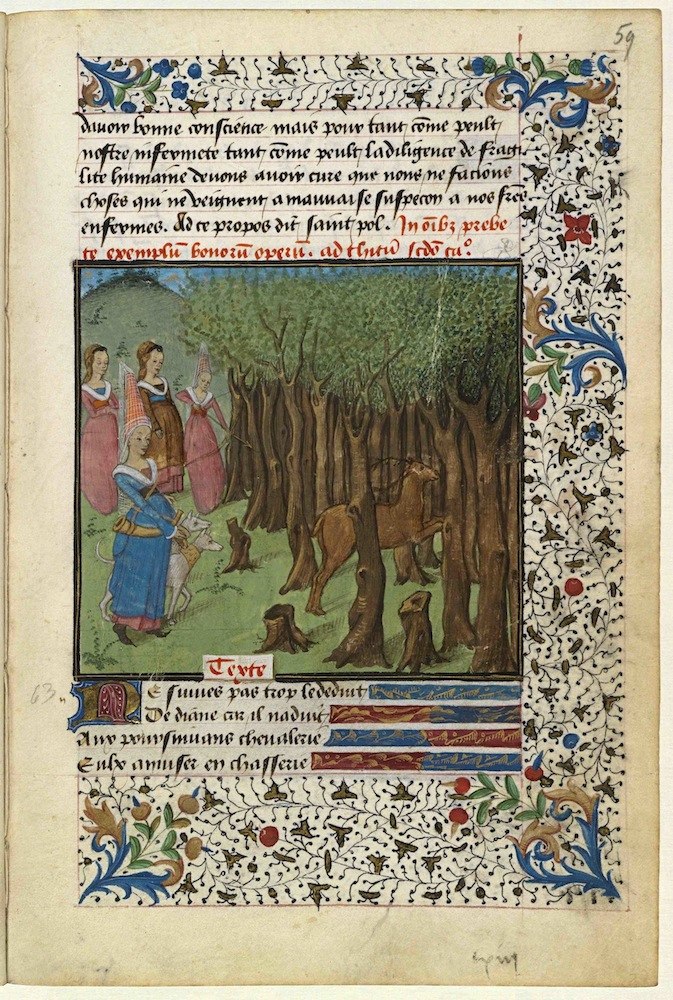 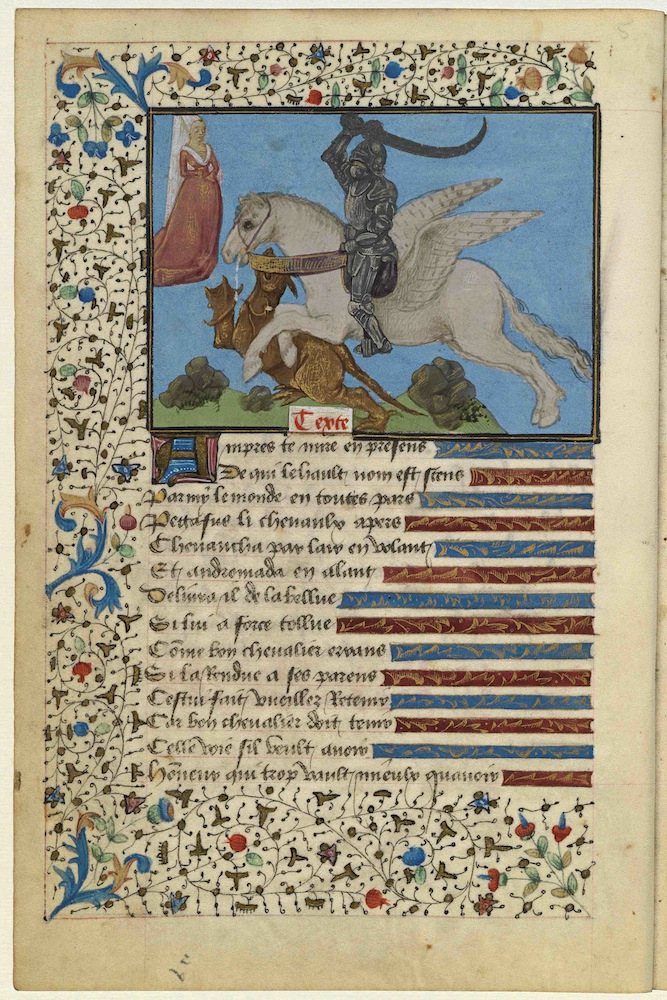 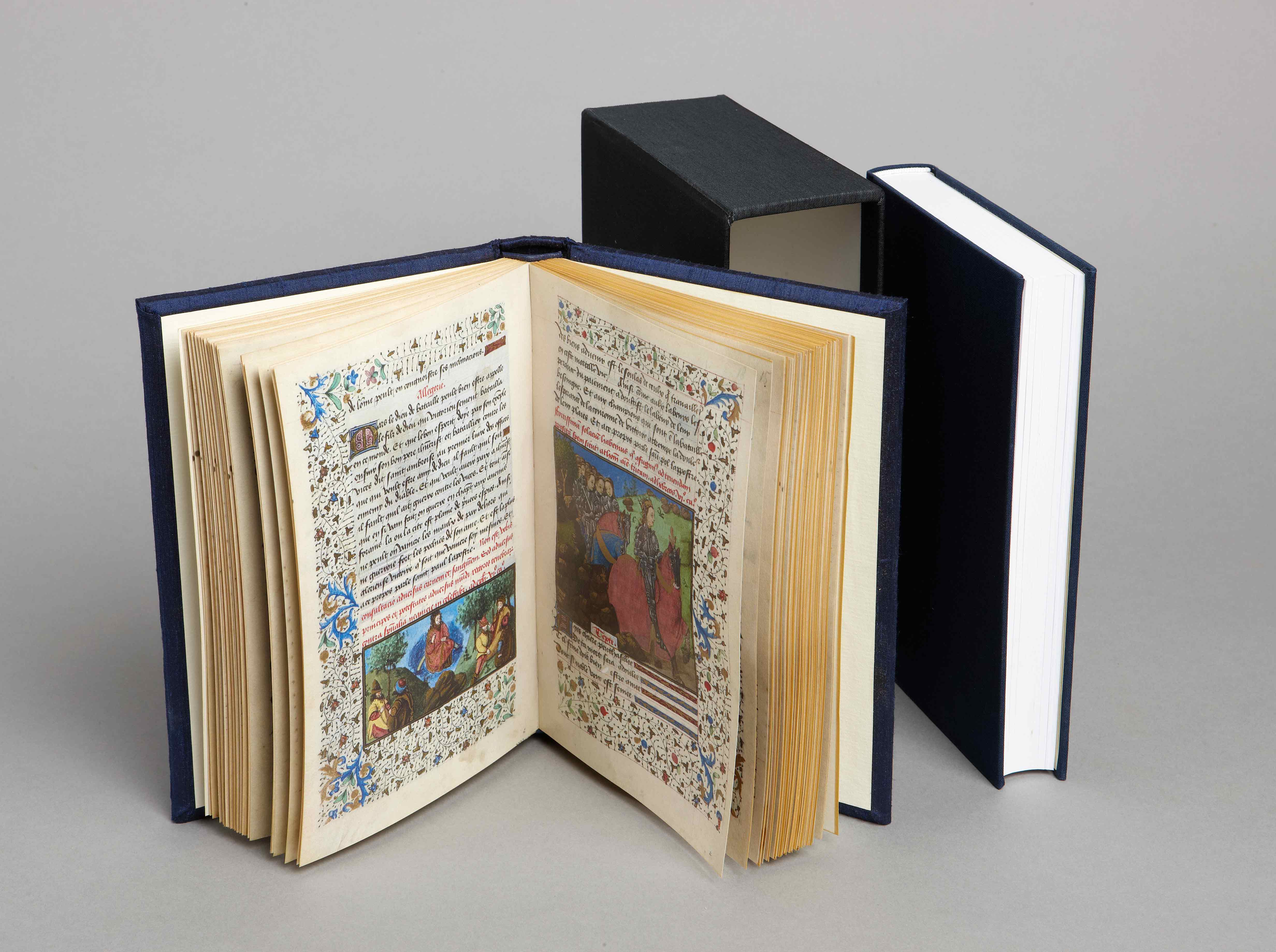 THE FIRST SELF-DEPENDENT FEMALE WRITER OF THE WEST

Christine de Pizan’s sound education formed the basis for her varied literary activities, which were acclaimed also by court circles from an early stage. She wrote love poems and texts on piety, philosophic and moral teachings, biographic and autobiographic material – and did not hesitate to write down her own opinion on political issues. The Letter of Othea, or the Hundred Images of Wisdom, is this unusual female writer’s most copiously illustrated work that inspired illuminators to everincreasing highlights throughout the 15th century.

As patrons, the French rulers of the house of Valois attracted artists from all over Europe to the French capital in the 14th century. This was also Christine’s world in which she grew up. She enjoyed good relations with the royal family who should accompany her throughout her entire life.

Unfortunately, the death of her father and then of her husband put an end to the secure existence of the then barely 25-year old woman. In those days a widow had only a few options to choose from: she could either return to her own family, hope for a new marriage, or take the veil. But these alternatives were unthinkable for the self-assured young woman. Christine de Pizan decided to follow a completely different path: she began to earn her own living writing, first as copyist than as author of her own works. Christine was familiar with the works of classical writers such as Homer, Ovid, or Virgil, and also with those of medieval authors such as Dante, Petrarca, and Boccaccio. This enabled her to perfectly convey the knowledge of her time to the courtly environment, both in artistic and in literary terms.

THE ADVICE OF A WOMAN

In her own lifetime, the Letter of Othea from the year 1400, Epistre Othea, with its hundred images of wisdom was extremely popular. Christine de Pizan emerges here as one of the earliest representatives advocating the need for general education, also for women. The letter of a fictitious goddess of wisdom – Othea – to the fifteen year-old Hector, hero of Troy, made her the teacher of entire generations. Based on a hundred examples taken from the circle of legends on Troy as well as on classical mythological writings – Ovid’s Metamorphoses played an important role – she gives advice for a righteous and honest life.

Classical writers, above all Virgil and Ovid, legend, and mythology had become increasingly popular since the 13th century. The personalities of pagan antiquity seemed to be particularly apt to intensify the ethics of a Christian world. Christine de Pizan reinforced their educational principles and thus conveyed a clear moral world view to her readers.

Still under Christine de Pizan’s ægis, magnificently painted manuscripts of this work appeared in the early 15th century; she wrote part of the texts herself, and countless miniatures were designed based on her instructions.

The Letter of Othea, or the Hundred Images of Wisdom, is this unusual female writer’s most copiously illustrated work that inspired illuminators to ever-increasing highlights throughout the 15th century.

The original: Royal Library of the Netherlands, The Hague, Ms 74 G 27

Both volumes in a case

Be the first to review “Hundred images of wisdom” Cancel reply