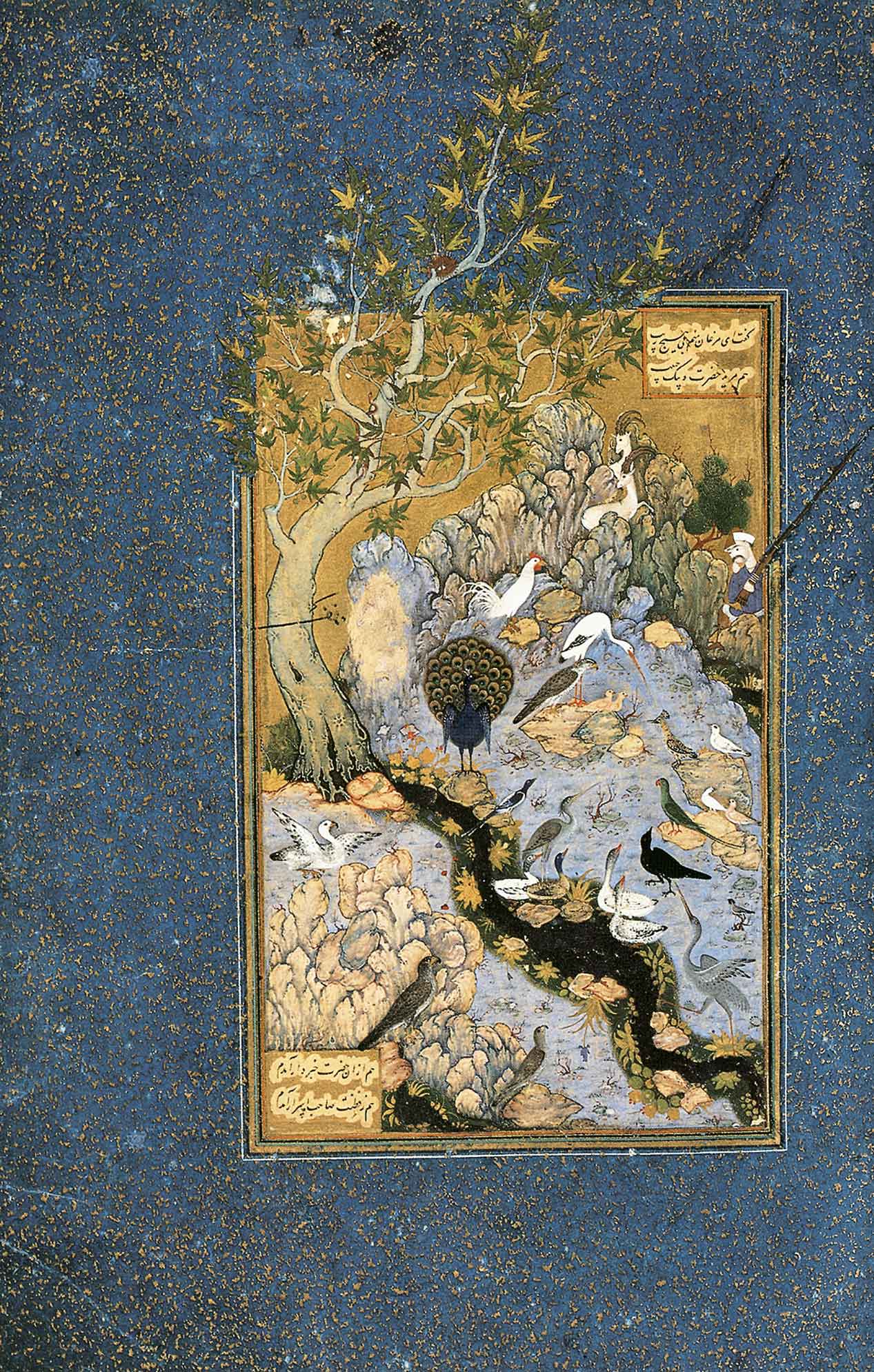 The Meeting of the Birds

The meeting of the birds

Facsimile leave from the “The language of the birds” (Mantik’et-tair)
Iran, around 1600

Description:
Mantik’et-tair is a mystical Mathnavi-composition (rhyming couplets), consisting of forty-five “conversations” as well as a “conclusion” and amounts to 4485 double verses. It was written by Farid-ed-Din Abu Hamid Mohammed ibn Abu-Bekr Ibrahim, called Attar (“drug-maker” or “pharmacist”) who probably lived between 1136 and 1220.

This miniature, which must be dated ca 1600 bears the signature of Habib Allah a painter at the Safavid court in Isfahan, which flourished under Shah Abbas the Great (1587-1629). It was a later addition to the manuscript.
It illustrates the Makam, the assembly of the birds before setting out on their journey. Each of the birds represents a human characteristic. They proceed along the perilous path towards self-fulfilment as far as the point of self-destruction and finally arrive only to realise they have reached their Self.