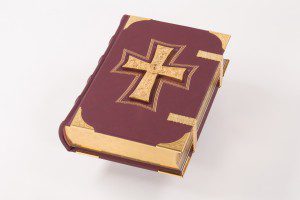 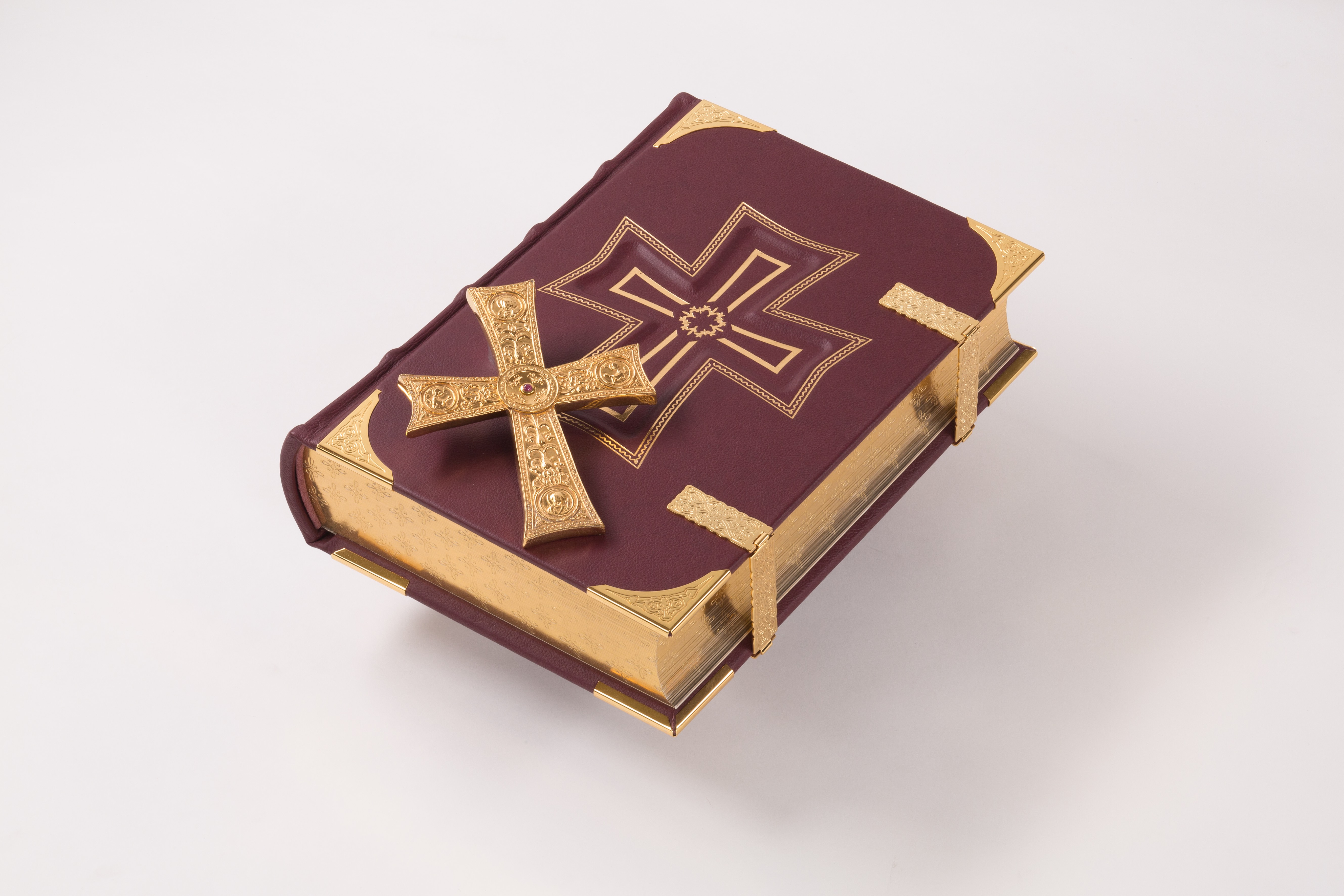 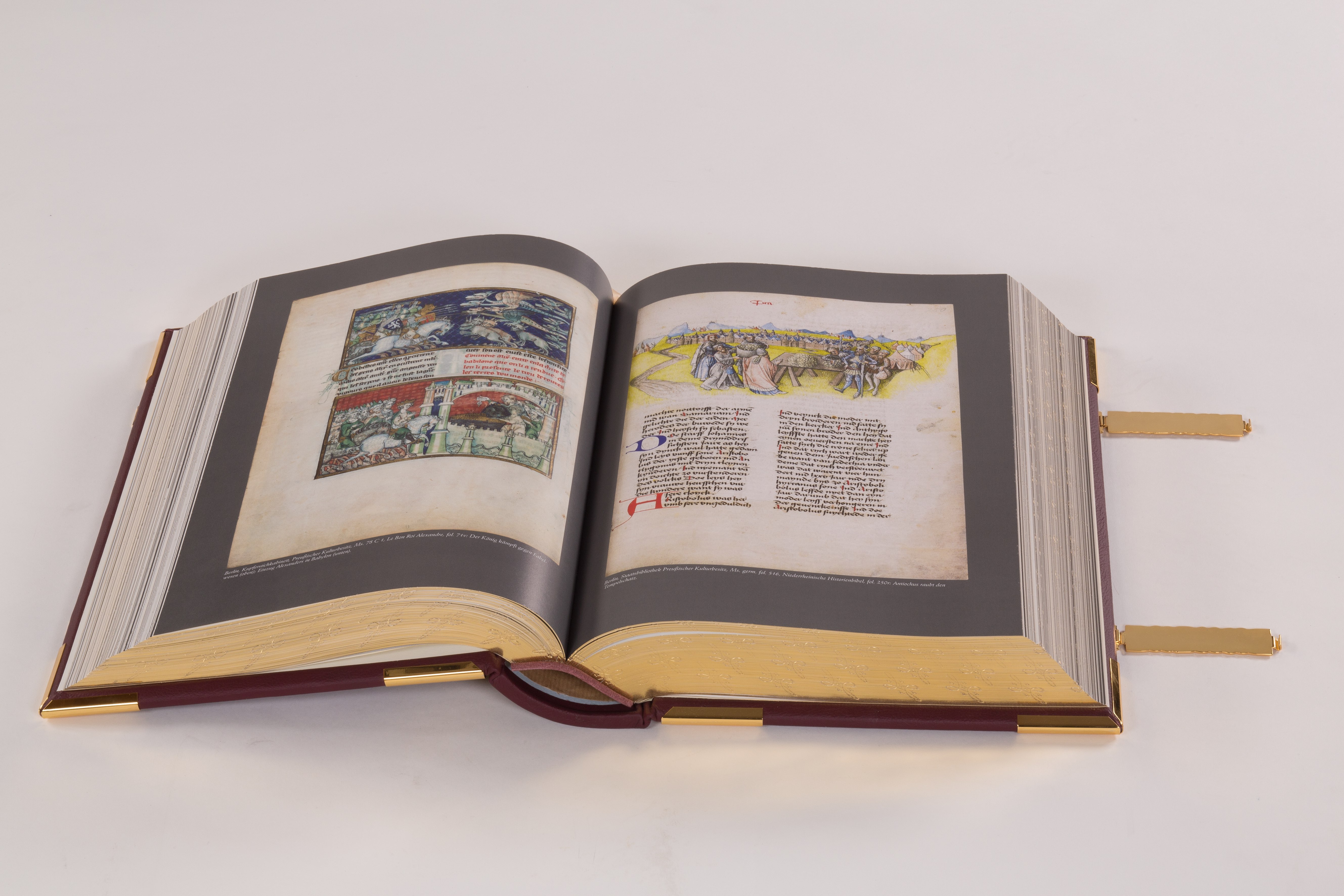 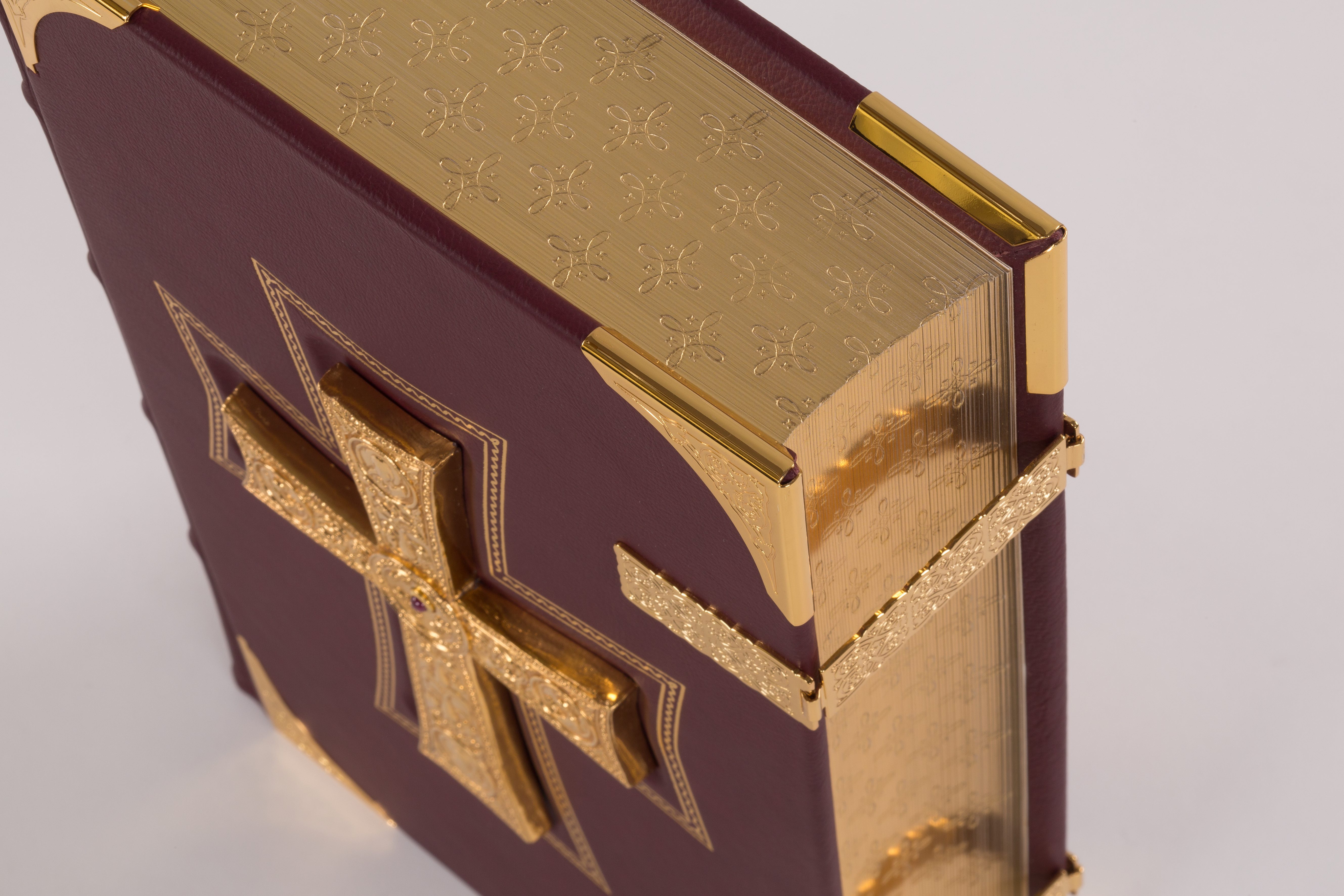 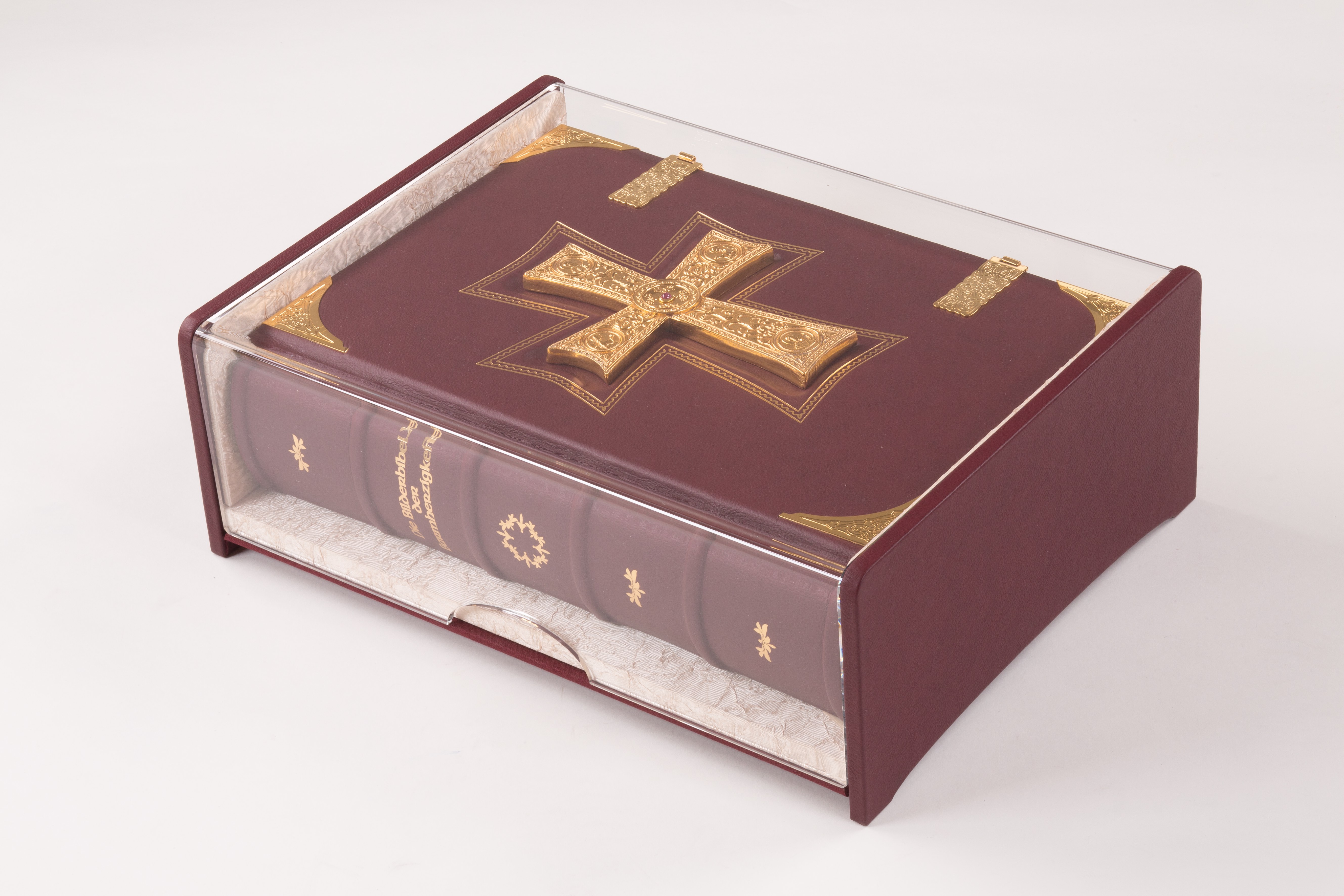 This magnificent Picture Bible of Mercy in the format 24 x 34 cm is probably the most beautiful bible of the 21stcentury and contains both, the complete Old and New Testament. It is illustrated with splendid miniatures of the most beautiful manuscripts from over 40 significant libraries worldwide. In total 270, out of the 350 brilliant miniatures from 10 centuries of book illumination, are decorated with precious gold leaf. The Picture Bible stands out due to its terrific binding: Leather binding with gold embossing, gold-plated clasps and fittings, and as special highlight a removable cross with a ruby on the book cover. The luxury edition with a personal preface from pope Francis is presented in an exclusive jewel case. Contact us and secure already today a copy of the to 2016 limited edition.

Warning: sizeof(): Parameter must be an array or an object that implements Countable in /home/.sites/426/site329/web/wp-content/themes/shopkeeper/woocommerce/single-product/meta.php on line 15
SKU: 51030 Categories: Bible, FACSIMILE-EDITIONS, Featured, home

The Holy Scripture as a guideline for Christian Life has always its firm place in the liturgy and spiritual reading – as well as cultural heritage of humanity it occupies a very important position. Not only for church dignitaries, but also for secular rulers, the bible belonged to the most valuable possessions. Numerous prayer books were made especially for kings and other aristocrats, provided with luxury bindings and book illuminations heightened with gold, from renowned artists.

Hence, this richly illustrated bible edition contains magnificent representatives from unique medieval manuscripts, which visualise text passages of the Old and New Testament. 350, partially gilded miniatures on over 1024 pages bear – beside a high-quality print of the biblical text – testimony to the book art in the Middle Ages. They document the artistic skills, dedication and appreciation by which the “Book of Books” was supplied. This edition contains miniatures from significant public and spiritual European and American libraries, as well as some rare treasures from private collections.

The most famous manuscripts, which are part of this extraordinary edition, belong to:

The Biblioteca Apostolica Vaticana became actively involved in the making of the edition of this Picture Bible and also put the preface of our “Bible of Mercy” into words. The “Bible of Mercy” was published for the first time in 2016, the year that was announced Extraordinary Jubilee of Mercy by pope Francis.

Even more important than the material value is the spiritual one: the personal blessing of pope Francis accompanies this richly decorated and complete edition of the Holy Scripture. A part of the sales is donated for charitable purposes, namely a children’s hospital in Africa. In the autumn of 2016 we had the pleasure to hand the edition with number 1 personally to pope Francis. Read here more about this encounter.